Dammit Orton! is a meme started by a fan yelling at Randy Orton at the WWE Payback PPV in Chicago, IL on June 16th, 2013.

During the match Daniel Bryan tried flying through the ropes to hit a member of the Shield and Randy Orton ended up taking the worst of it. A fan who was close by yelled at Randy Orton, "Dammit Orton, it's all your fault." What is not know is if this fan was being snarky or marky. FWC picked up on this fan yelling and started saying "Dammit Orton!" for every little thing that Randy Orton did. 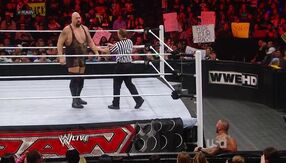 A fan made sign for Orton who allegedly shit in the bag of another WWE talent. 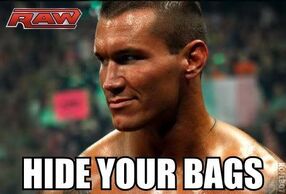 A meme created due to Randy Orton's shitting habits.
Community content is available under CC-BY-SA unless otherwise noted.
Advertisement