The fWc Nexus is a faction of the fWc begun in the summer of 2012. Each member of the Nexus is represented by a pony based upon the animated series "My Little Pony: Friendship is Magic".  The Nexus is the longest lasting faction on the fWc mainland.

The fWc Nexus was formed during a Monday Night Raw show on 07/30/2012. Shortly after rookie diva ShiningWizard's second Gredunza win a group of other rookies assembled to celebrate the newest fWc members who had come out of lurking in the wake of the split to help revive the community.

Founding member LoR75 announced the formation of the stable including himself, clintster, RadioAaron and ShiningWizard. Member tbaughm joined minutes later to form the stable's original lineup. The stable takes its name from clintster's original question regarding the group of rookies: "So are we the Nexus?"

clintster - Original member. Creator of the faction's name, and self-described "enforcer" of the group. Nicknamed "The Carolina Cowboy".

Jetskimoo - Current member who was added to be ShiningWizard's tag team partner. Together they comprise the Mane Event Mafia and have held the Tag Team titles on consecutive occasions.

LoR75 - Founding member who took a leave of absence after the birth of his first child. Returned to the stable during the 05/05/14 episode of Raw.

Tenor Reaper - Current member who was paired with LoR75 to form the Canadian tag team known as The Northern Lights. According to Nexus lore she was subsequently kidnapped into the stable via being lured into the Nexus Van with offers of poutine. Within five minutes she was able to persuade clintster to let her drive the vehicle in what other stablemates consider to be the result of his ingestion of too much "rehydrating fluid" from his "Official Magic Thermos". This resulted in a high speed trip into Southern Canada where she inexplicably has remained with the stable. The fWc still debates over just who actually did the kidnapping here and whether Tenor Reaper is now the secret leader of fWc Nexus.

null - Declared alliance with the Nexus on 07/06/2015 while holding the Hardcore Gredunza and after winning the IATTC, putting three belts in control at the end of the night after ShiningWizard won the Gredunza.

RadioAaron - Original member who went into seclusion shortly after the formation of the stable. Believed to be roaming the Pacific Northwest in search of Bigfoot. 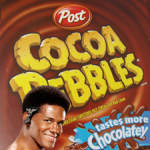