enhance his own legacy.

Triple H's nickname from the FWC is "Triple Gagne." This references legendary American Wrestling Association co-owner, promoter, booker, trainer, and 10 time World Champion Verne Gagne. Gagne controlled the AWA until its closing in 1991. Like many territory promoters, he made himself champion time and again, well into his middle age. Because he pushed himself past all others in his AWA territory, Gagne's egotism is compared to Triple H's own. Triple H is now an Executive Vice President with WWE, in addition to being an on-air authority figure (COO) and occasional wrestler. Triple H will one day take over from Vince McMahon as CEO, or so it's believed, and one can expect that Triple H will probably honor himself the way Verne did before retirement - book himself to win the WWE Championship one more time in advanced middle age, and retire as champion.

Where in the World is Triple H/Triple H Through Time[]

Where in the World is Triple H (also referred to as Triple H Through Time) is a game the fWc played right before the split.  It was huge fun and a lot of laughs.  We all made photoshops of where Triple H might have stolen the show at various famous points in history.  If anyone else still has their shoops it would be fun to see them all together again! 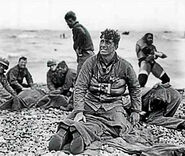 Triple H comes home from WWII, presumably after storming the beach at Normandy

Triple H has a front row seat for the Kennedy Assasination

Triple H takes acid and gets lost at Woodstock. 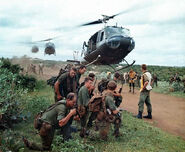 Triple H goes to Nam to kick some ass. 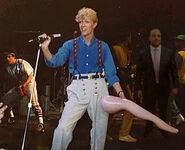 Triple H hangs out with David Bowie during the Serious Moonlight tour.

Triple H is free from want.

Triple H completely misses the point of the Trail of Tears.

Triple H goes to Pandora, and takes his Avatar with him. 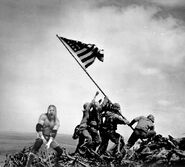 Triple H jobbing out villagers during the Vietnam War 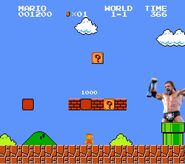 Koopas and Venus Fly Traps may be beatable, but Gagne will always keep Mario down.

Triple H keeping the black man down in the Jim Crow-era south. He would later use these same techniques to keep Booker T from winning the belt at Wrestlemania XIX

For just pennies a day, you can help Triple H job hunger out. 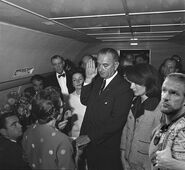 Triple H and a WWE fan upon hearing Mr. Aitches would be headlining Wrestlemania yet again 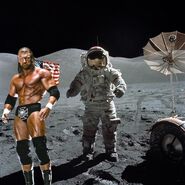 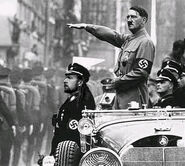 Triple H has a tendency to overenunciate words when he speaks, especially when he is trying to show passion-AH about the subject-AH on which he is speaking-AH!  In recent years-AH, as he has tried to establish himself-AH as a very important-AH sports entertainer-AH, he has also done a number of promos where he has emphasized who and what is good for this business ("this business" being professional wrestling sports entertainment).

The first known mocking of Triple H's peculiar speech idiosyncracy came around 2000, in a promo given by Mick Foley. Since then, Triple H has apparently toned down his overenunciation habit, but that has not stopped others fron continuing to imitate it as a way to mock him. The use of THIS BUSINESS-AH has been particularly poignant since his move from active competition into his role as COOHHH. Given his tendency for bombast and self-importance, it seems to be even more relevant.

During the late summer of 2013, COOHHH began to insert the phrase "best for business" into his weekly promos on RAW. It is unclear if this was meant to be a bit of self-deprecation on the part of COOHHH, or if it is some sort of hidden message/shoutout/warning to the fWc. Smart money says it's the latter, if anything.

BURY ALL THE TALENT[]

One of the most infuriating aspects of Triple H is his tendency to promote himself onscreen and off at the expense of other talent. This has led to the development of several memes involving Triple H holding shovels as if prepared to literally bury other wrestlers.

Once upon a time, Triple H was much like so many other wrestlers in the WWE. Then in 1999, he was placed in an angle where he secretly married the Virgin Stephanie McMahon in a drive-thru wedding chapel in Las Vegas. Soon after, he dumped his real-life girlfriend Chyna and began to date Stephanie in real life, an affair that culminated in their marriage (this time in Connecticut). Their marriage, coupled with the departure of Shane McMahon from WWE in 2010, has virtually assured that Triple H has been pushed as a wrestling god over the past 14 years, and that when  Vince McMahon finally dies in a non-"exploding limo" manner, Triple H will be the steroid-addled straw that stirs the drink.

This blatant self-promotion and nepotism is reminiscent of the reign of Verne Gagne and his son Greg in the now-defunct AWA. The parallels have led to members of the fWc labeling Triple H as "Triple Gagne".